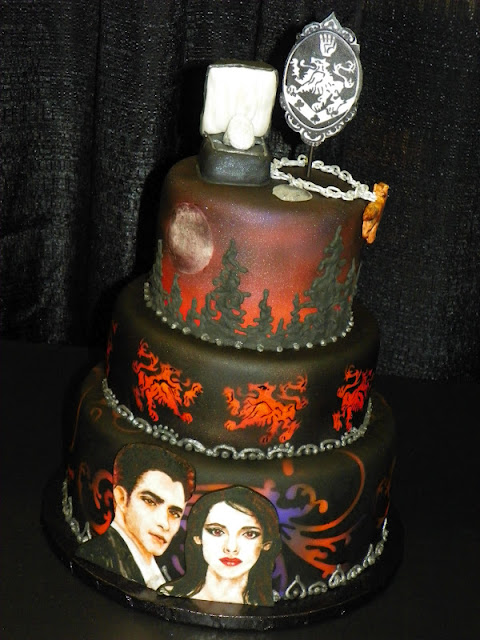 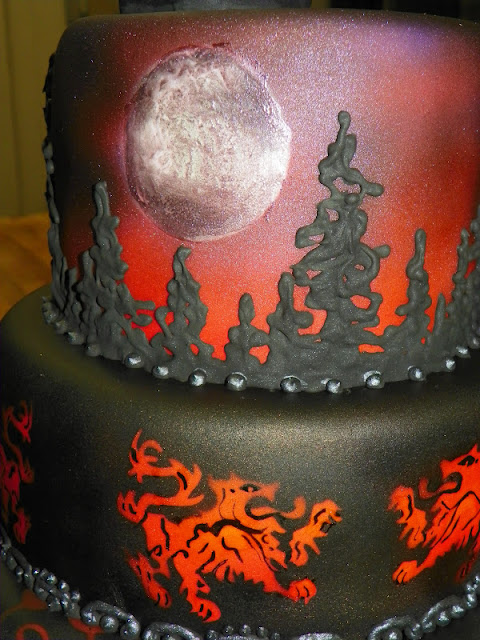 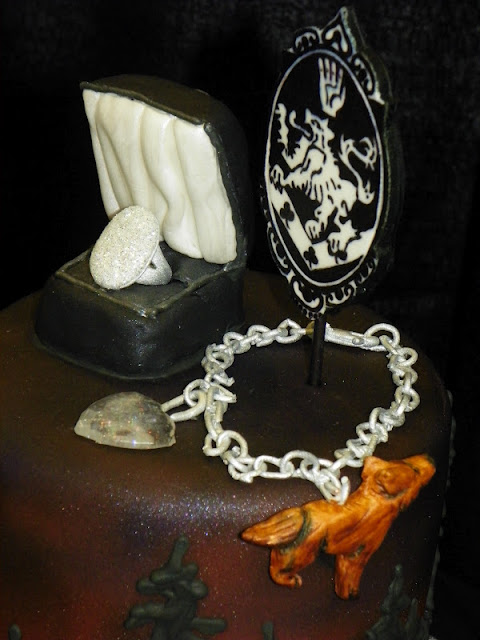 Well, the cat is out of the bag.  After fighting it for years, I finally succumbed to the "Twilight" series (both books and movies) and it is safe to say that I am a closet Twi-hard.  So when I had to decide on a design for a show piece cake, it had to be my favorite vampires.  I figured that if I was going to put this many hours into a sugar sculpture, I might as well make something that I loved.

My design was dedicated to the Cullens in anticipation for the opening of the last movie in the series - "Breaking Dawn Part 2" which will be released this November.   Edward and a newborn vampire Bella are featured at the bottom, and at the top of the cake is the engagement/wedding ring featured in the last 2 movies (Eclipse and Breaking Dawn Part 1).  Also displayed is the bracelet that Bella wears in "Eclipse" with a carved wooden wolf and a heart shaped diamond, representing the two men in her life.  The last element on the top of the cake is the Cullen family crest, which features the lion (as in "so the lion fell in love with the lamb").

The cake was made using royal icing on styrofoam dummies, then each tier was covered in white fondant.  For the top tier, I masked a circle for the moon, then airbrushed a red and purple "twilight" sunset.  I then removed the mask and finished the moon with airbrush color.

The middle tier was airbrushed in red and orange, then masked with a hand-cut lion stencil and the black airbrushed around the stencil.  Once all the lions were in place, I hand painted the details on each lion to match the detail in the crest.

The bottom tier was airbrushed with red and purple, then I airbrushed black over swirly stencils so that the colors came through the black.  The portraits of Edward and Bella were sketched and hand painted on fondant cutouts using airbrush colors and fine point paint brushes.  Once the portraits were dry, they were attached to the front of the cake using isomalt.

I then stacked the cake and secured it with a dowel.  Then I piped on the pine tree border around the top tier with black royal icing.  I also piped patterns around each of the bases of the tiers, using designs from the crest at the top of the cake.  I also painted the borders with a little luster dust in a silver "moonstone" (seemed appropriate!)

The crest at the top of the cake was also hand-drawn on fondant.  The ring box was hand-molded in rice cereal treats, then covered in fondant.  The ring was hand-molded to actual size (fit on my finger!) in gumpaste and finished with edible glitter and silver highlighter luster.  The bracelet was also molded from gumpaste using the extruder; I made long strands of paste, then cut each link and wrapped it through the next, making a chain.  Once the chain was dry, I painted the links with silver luster.  The wolf charm was hand molded in gumpaste, then hand-painted with airbrush colors.  And the heart shaped diamond was molded in isomalt and touched with edible glitter for extra sparkle.

This show piece cake, from design conception to creation to finish, took 16 hours of work!  I packed it carefully in a box and tucked it lovingly in the back of my fully loaded van.  Then it went with us on a 10 hour car ride (and back!) to Reno NV (with 4 squirly kids on board) where I attended the ICES Cake Convention.  I was excited to get to bring my creation to the convention's exhibition this year, and now my dining room table at home has never looked better!  If anyone out there can get me and my creation into the movie premier party for "Breaking Dawn 2", there's a free cake in it for you!!  Let's go Team Edward!!!

Thanks for indulging me!  :) 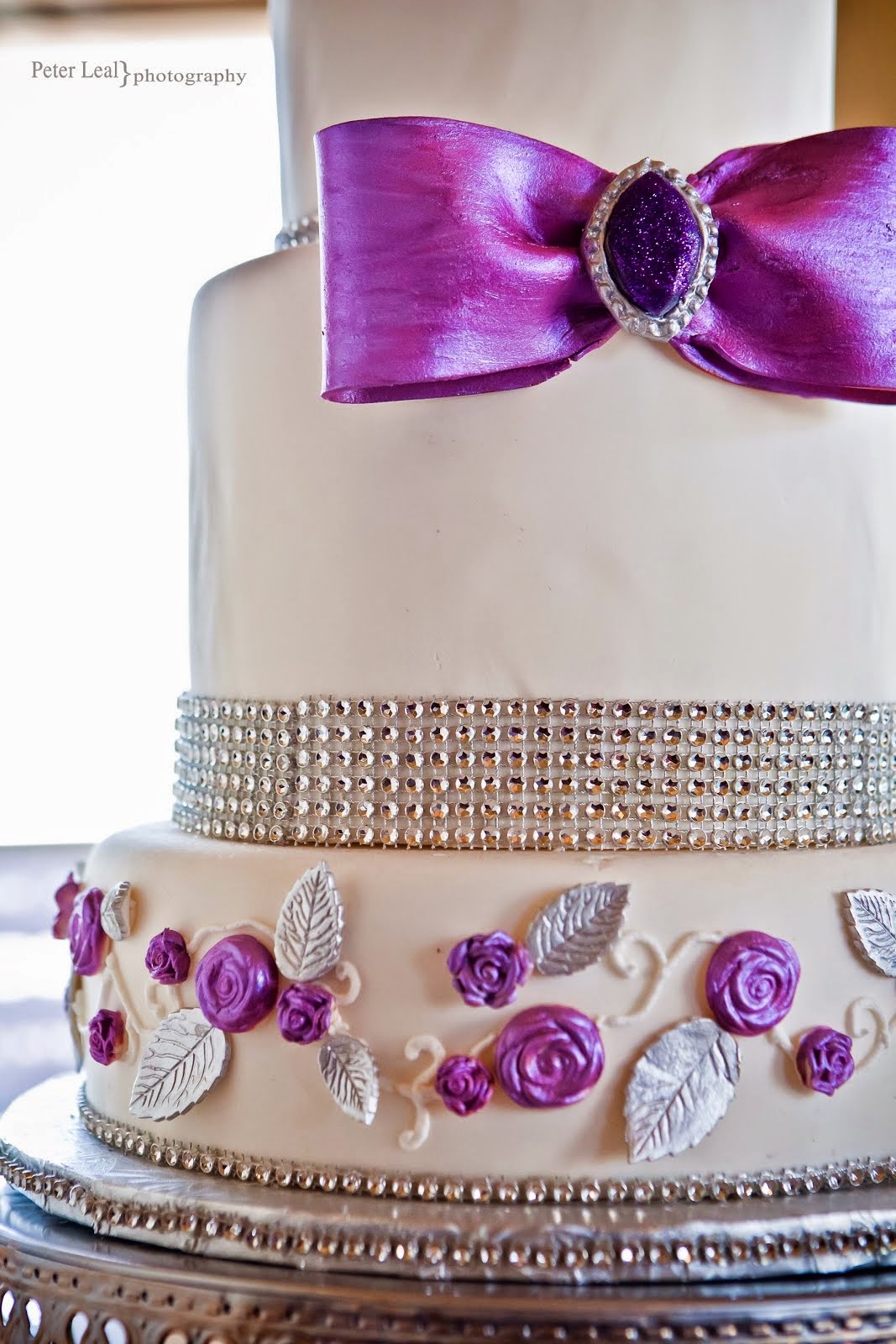